LA JOLLA, Calif., June 28, 2018 (Newswire.com) - Under the watchful eye of creative visionaries Amber Anderson and Seth O’Byrne, a collaboration of epic proportion has culminated with a property video that Zillow CEO & Hotwire founder Spencer Rascoff called “Scintillating.” 7455 Hillside Drive sits atop one of La Jolla’s most iconic streets and is known for breathtaking North Shore views and inimitable architectural design. At 9,200 square feet, with a presence that’s beyond compare, Anderson & O’Byrne had all the intangibles to make history - Essencia the video was born.

La Jolla real estate is often undervalued compared to other luxury areas of southern California. “It’s for this reason we looked at the success of brokers in the L.A. area who have leveraged this style of a cinematic video to sell the top homes in the area.” The challenge is to take the emotion you feel when entering and exploring the home and depict it through a story that could be viewed by everyone. While creating the plot line for the video, the goal was to escape reality and showcase the glamour and luxury that living in this home provides.

It's for this reason we looked at the success of brokers in the L.A. area who have leveraged this style of a cinematic video to sell the top homes in the area.

Having state-of-the-art equipment is critical for capturing mind-altering shots, like those augmented reality scenes where the male lead is pushed into the pool or the infamous shower segment with the female model. Both shots were taken with the Phantom Flex Camera, the world’s fastest machine vision camera. Made famous by movies like the Matrix, the camera shoots 938 frames per second, which is as rare as the property itself.

L.A.-based Frank Kivo has had his fair share of experience in directing, including videography for Soul Cycle, Armani and the smash hit Top Gear. As the mastermind behind the plot and context, Kivo captured many of the scenes with the Red Gemini 5K DSMC 2, which leverages dual-sensitivity modes to provide creators with greater flexibility for a variety of shooting environments.

Throughout the filming of this ground-breaking video, another production was seamlessly underway in the backdrop. Vlogging, or video blogs as they’re known, are becoming a valuable promotional tool for Amber Anderson, as it showcases the behind-the-scenes “real footage” that has rough editing and can sometimes be very raw. Anderson noted, “The format and intent for vlogs are simple: showcase what may be called reality TV because it really helps viewers connect with the content!" 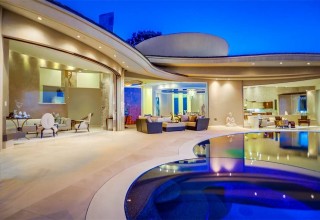 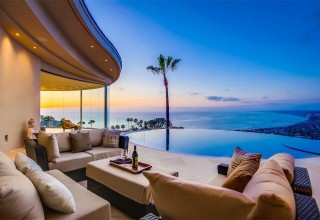 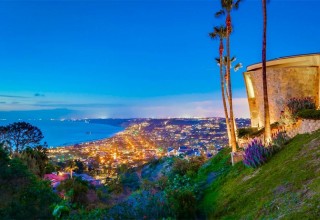 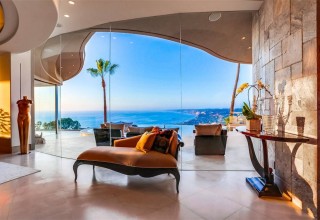